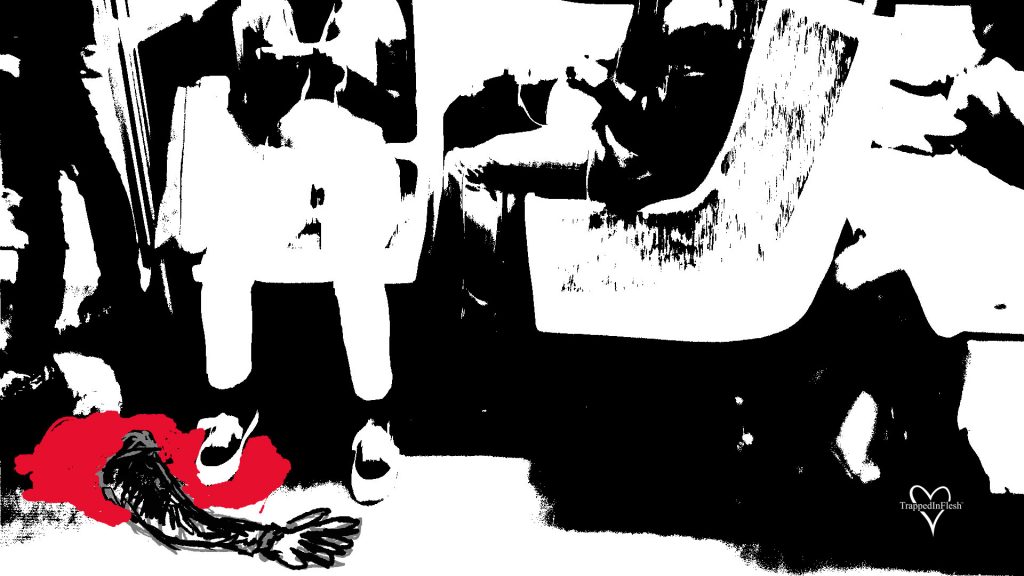 Long day at work. Seconds after stepping off the first bus
the light changes and the Saturday night Hollywood hordes cross
paths at this intersection where rarely an “excuse me” or a
“sorry” is heard. On the other side at the underground entrance,
a small group blazes. So sweet, definitely potent medicine.
Down the first flight of stairs a tiny jump at the end and
“ouch! Fucking knee.” Probably from eating shit in the
skateboarding years or a spill off of his mountain bike, his
left knee is now delicate. One sudden twist while carrying
weight and it’s fucked for days. “Whatever” he adjusts his steps
to avoid the pain. A few steps later he taps his bus pass and
strolls to the next flight of steps. Twenty minutes until the
next train so he rides the escalator down pulls out his phone
and hits skip until he finds a proper song. In his ears now, a
recent discovery, a tune he shared with his girlfriend.
After leaning on a pillar for ten minutes the train shows
up. Doors open and he finds a window seat. He takes a look
around and once his surroundings are registered in his mind he
rests an elbow on the window sill and his hand then supports his
head and his backpack now sits on his lap. “I almost fucked it
all up” he thinks with his eyes closed and an ambient track
flowing into his ears. Two days prior he provoked a fight that
nearly ended the best thing that’s happened to him in a long
time. As he dwells on the thought there is a sudden tug on his
bag.
Eyes wide open now, mind on full alert and now standing the
tug-of-war is on. The backpack now a link between both guys
pulling away from each other. The thief is younger and strong
enough to pull Peter away from his seat. Peter lets him lead for
the door. One of the thief’s hands slips off of the pack so now
he’s facing the door tugging with one arm as the train comes to
a stop. People are silent just watching. A couple of kids are
recording on their phones. More than half of the passengers
leave the train car. “Doors are now closing” over the intercom,
Peter waits and then takes a few quick steps forward releasing
tension on the war. The thief loses his balance falling onto the
platform but never lets go of Peter’s bag. The doors close and
clamp onto his arm. The train starts to roll and finally the
backpack again belongs to it’s owner. The thief screams “OPEN
THE DOOR! OPEN THE FUCKING DOOR!” Peter now standing on the
culprit’s forearm looks down at him through the window and gives
him the finger.
A few people shout “OPEN THE DOOR HE’S GOING TO GET HURT!”
An older man lunges for the emergency door release but Peter
pulls out his box cutter and fends him off. The train car is
almost at the tunnel, the thief’s yelling turns into a screech,
a loud thump and it fades away. Peter kicks the arm away from
the door and sits back down. “He’ll never steal again.”